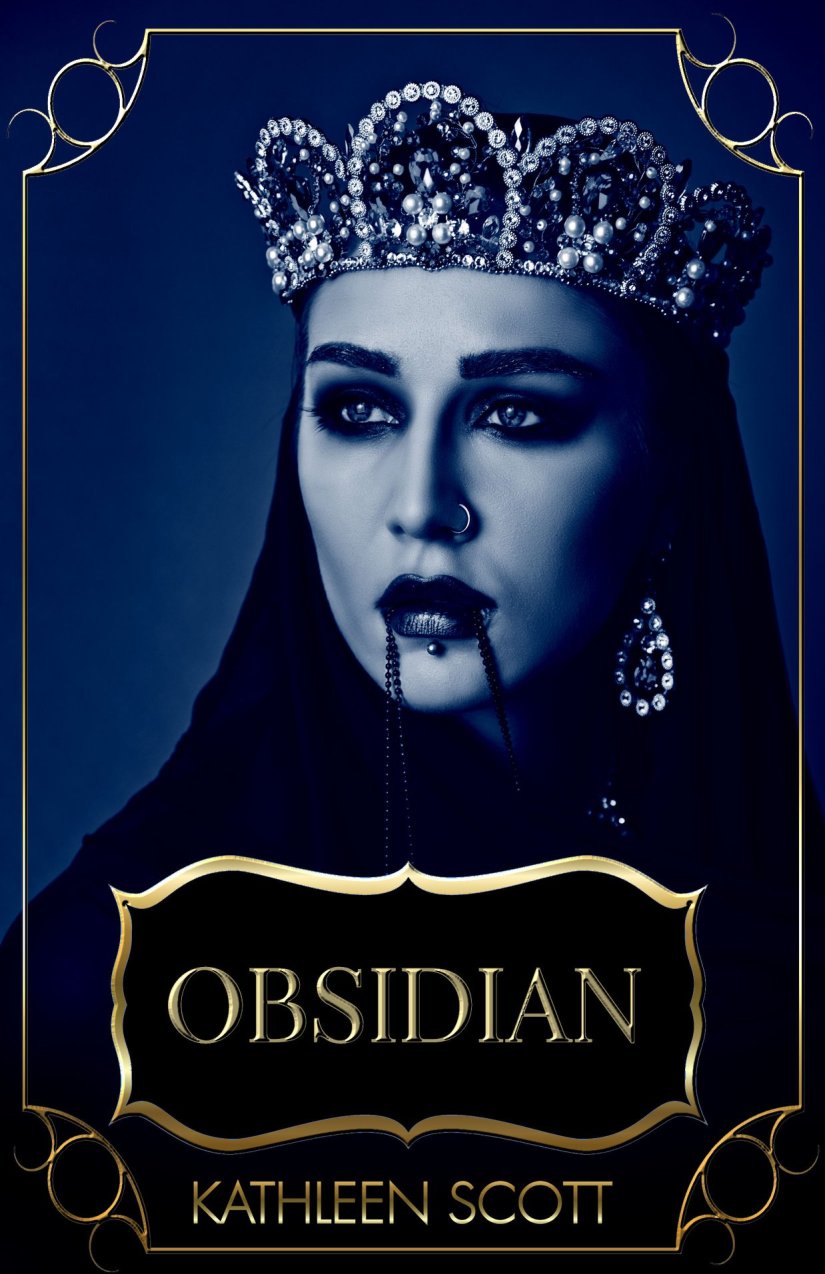 Malenine—warrior queen and member of the magickaldra—has fought the might of the church since they burned her lover at the stake for heresy fifteen years ago. Over time, the clergy has grown more powerful, and usurped more of the crown’s authority in an attempt to convert the country to a theocracy.

To save her country and all that she holds dear, Queen Malenine has given her magical service over to the Obsidian Collective, a sect of the magickaldra who honor the dark gods. When the church turns to magic to subdue her quest for victory, it will take the ultimate sacrifice to put them in check for good. 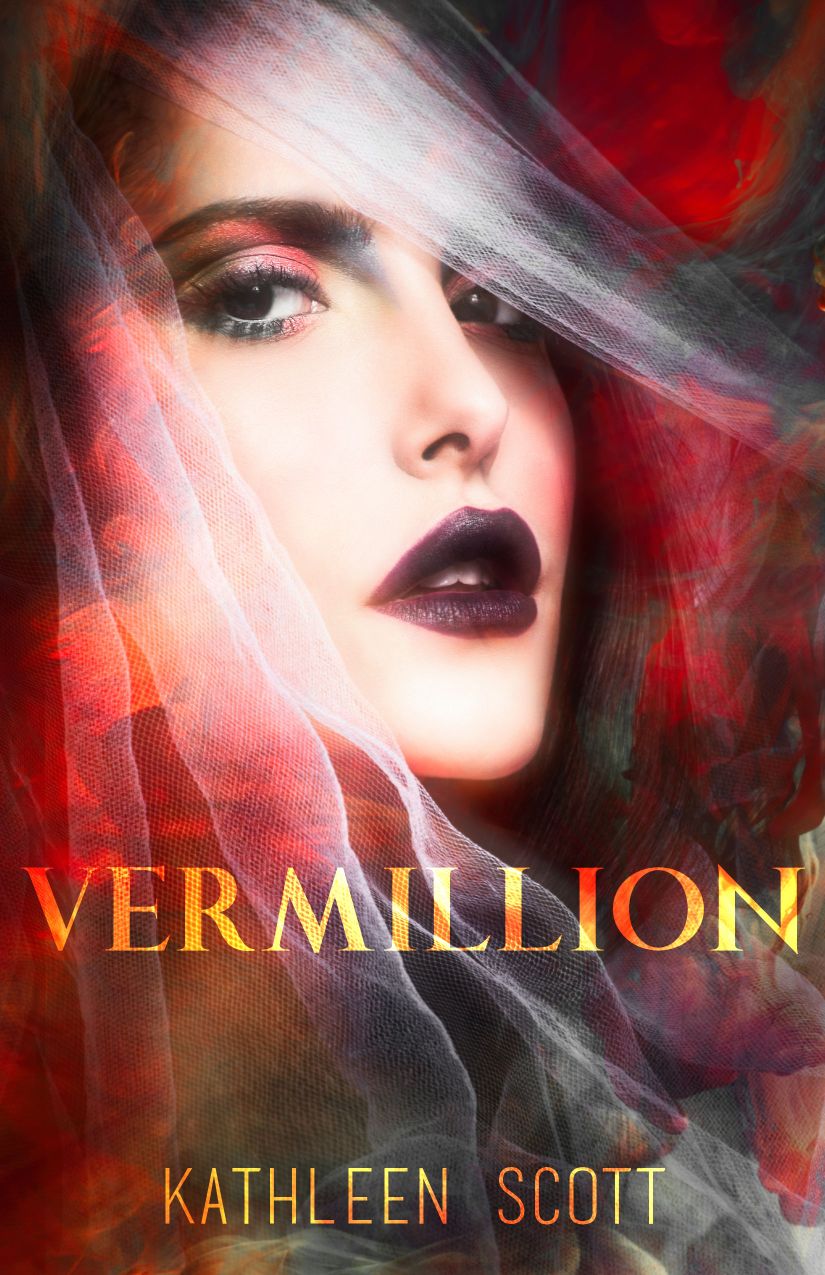 Kristabelle St. Lucus is an etheralmancer, one who can take the soul of a person and lock them away in the lovely stained glass she designs for the Portamere Cathedral. This is her punishment for daring to be born with what the clerics call “the witching talent.” The Cathedral has become a prison for those who have defied the power-hungry clerics. It is not something she wants to do, but something she must do to save her family from destruction. It is either that or watch them burn for passing an unholy legacy on to their offspring.

Darius Castillo is a magi–a member of the scared order who works directly for the Magus, the rightful head of the church. Darius has watched in wonder as Kristabelle uses her powers. Only he knows of her torture and pain at having to perform this horrific duty for the sake of her family. Only Darius sees the tears she believes she shows no one. Under the guise of an acolyte, he is on a mission to discover the extent of the clerics’ treachery. Nothing the clerics do can stop the burning passion he feels for the artist or the need to save her and the souls she’s been forced to entrap. 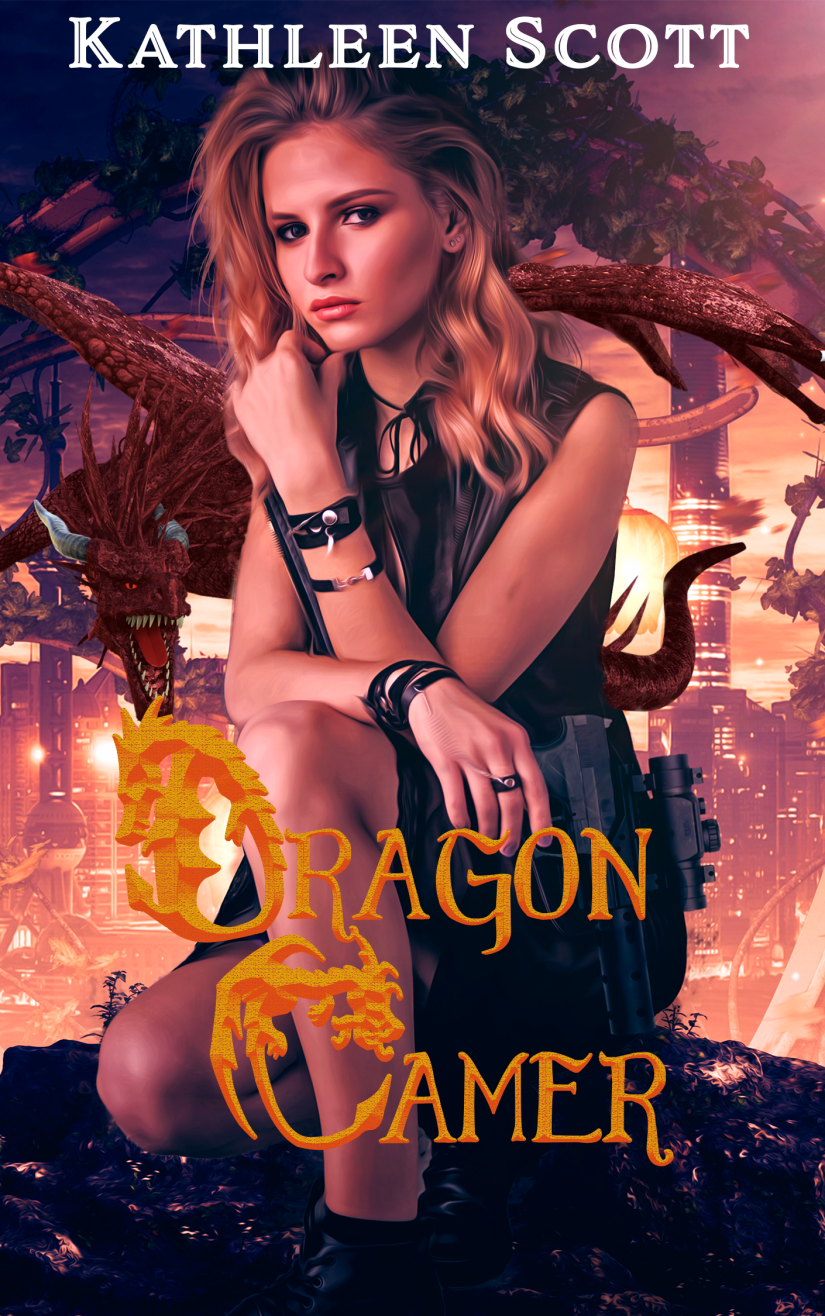 The Dragons are Dying

On the tropical island paradise of Cambry, a ghastly, flesh-eating blight is killing the dragons and threatening prime hatching grounds.

Desperate to protect his beloved creatures, hatchery director Darion Archer calls on the International Field Marshall service to help investigate the outbreak and see an end to this blight. When beautiful IFM agent Serrah Gayle arrives, he is unprepared for his attraction to her–and for the fact that she has a fear of dragons.

Serrah knew the assignment on Cambry would be a challenge, but not to the extent. Not only must she face the dragons she’s feared all her life, but must navigate the desire she feels for their sexy keeper. Yet to save these legendary creatures, she must face down her fear and draw on the powers she’s kept secret for a lifetime.

Book 1 in the Gaslight Guilds Series 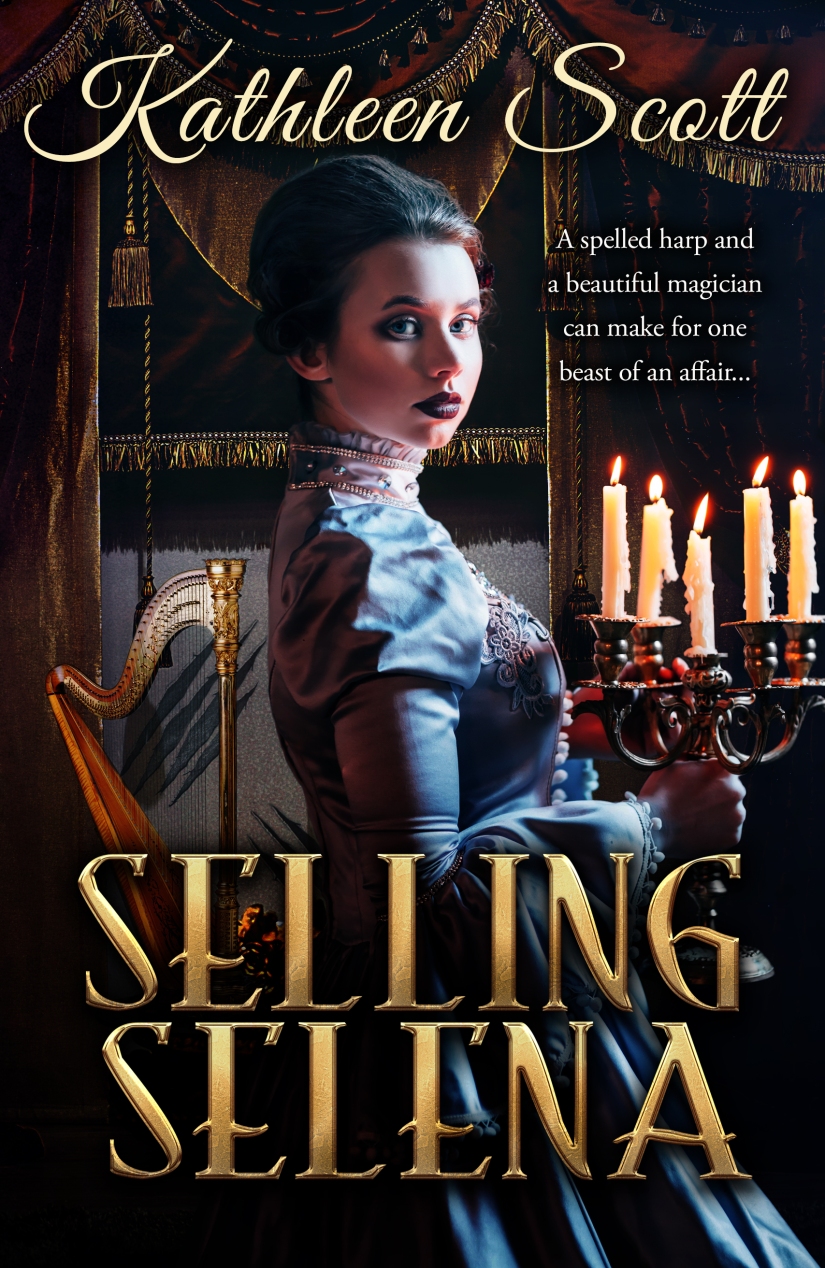 Time is running out for Wilmont Braxton, Lord Blackmore. A curse that turns him from a man to beast comes at increasing intervals. His only wish before he succumbs to the spell is to secure his lost betrothed on his estates, to provide for her as he will not be able to once he becomes trapped in the body of a monsters.

Selena Marigold is not the typical Victorian woman. Rich in magical talent that allows her to read auras and throw glamours to disguise her appearance, she has spent her life living as a prisoner in one of London’s most notorious brothels. When the Madame schemes to sell Selena’s virginity to the highest bidder, Selena knows she must leave her wretched surroundings and strike out on her own…even at the risk of angering the mighty magic Guilds.

When she is abducted from the auction by a man who casts no aura, Selena knows her life will never be the same. Secrets of the past rise to the surface and place both she and Lord Blackmore in dangers, even as the Guilds close in around them.

Book 2 in the Gaslight Guilds Series 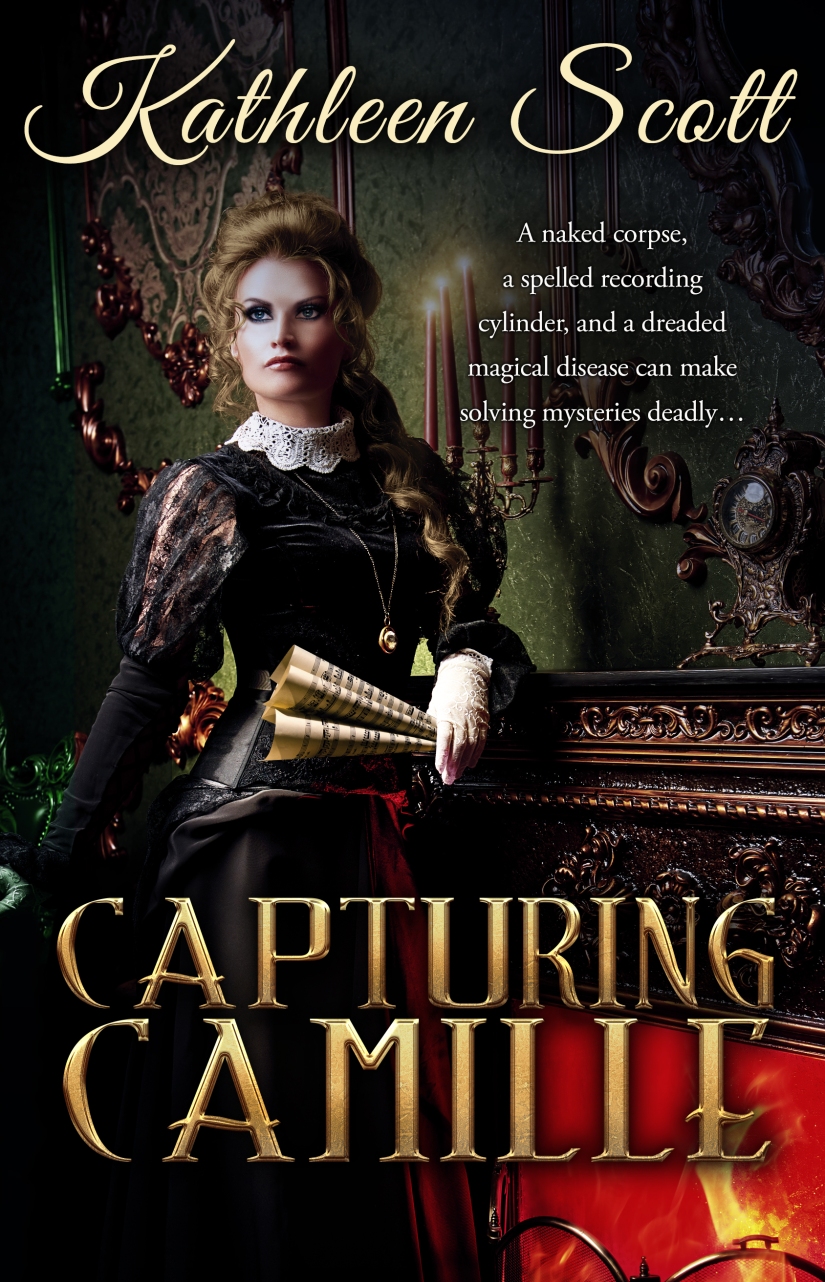 A murderer stalks the Magic Guilds

At the end of a long, trying day that included being bound and tied to Lady Camille Beaufont, and nearly killed when a house exploded around them, the last thing Sir Warrick Chambers expects to find in the Augurs’ Guild Hall is the naked corpse of a colleague.

As a music talent, Lady Camille can feel the deadly musical spells that infect the Guild Hall near the body. Notes become clues that lead her and Sir Warwick down dark alleys and dank surroundings, straight into the arms of a far-reaching conspiracy meant to topple the very Guilds they are meant to protect. 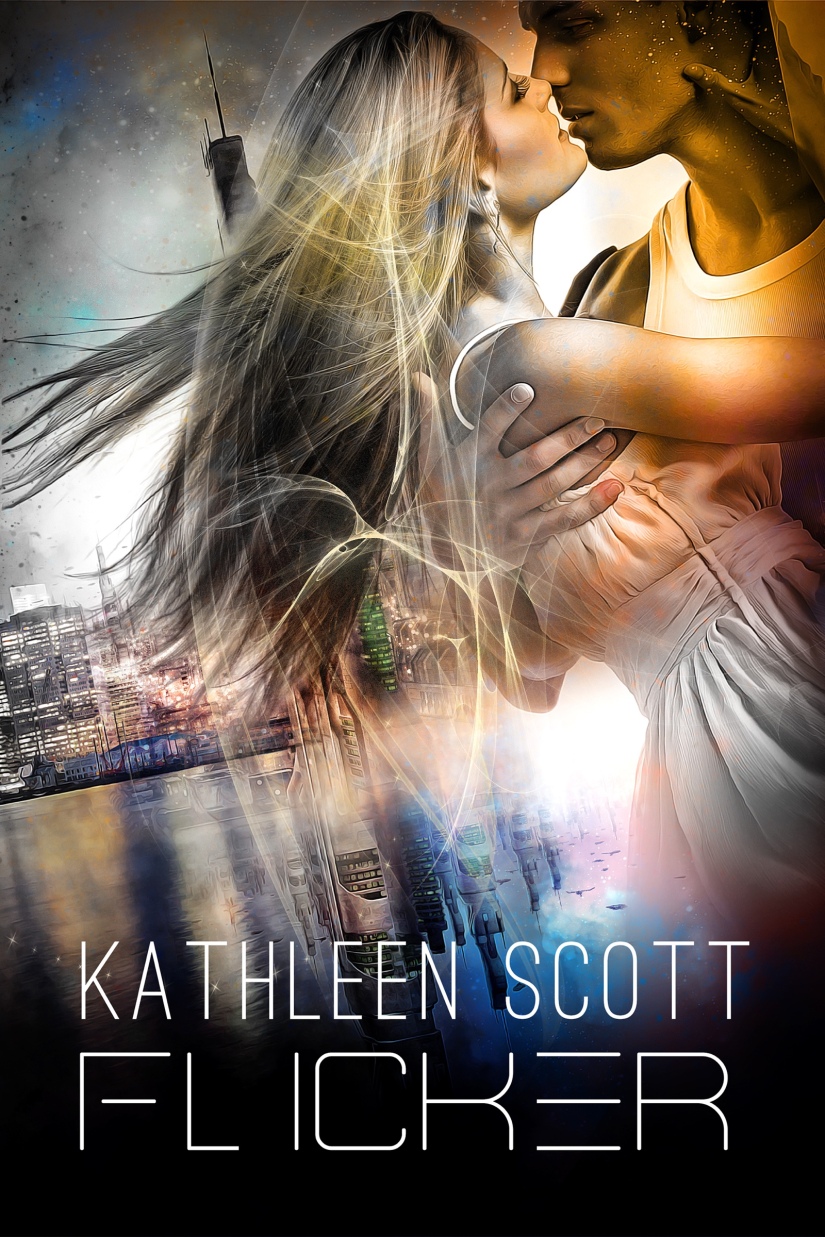 Speaking in front of a room full of New York City dignitaries is not Breelyn Grace’s idea of a good time–a full scale dental extraction or spinal surgery without anathesia would be less traumatic. So when she starts to experience spotty vision, increased heart rate, and respirations, she believes it’s only a bad case of stage fright…

And awakes to a future she never expected.

Five years before, Detective Jonah Knight was lauded as the Hero of the Bronx, for saving hostages held by Skuttle drug lord, Barto Temple. His reign of terror over the New York-Jersey corridor has left the city a nightmarish bastion of murder and corruption, and Jonah a widower.

Jonah never expected his investigation of a credit union break-in to expose an abduction case. Nor does he quite understand how or why Temple managed to pull Breelyn through time to 2070. However, it is the opportunity Jonah’s waited for–a chance to bring an end to Temple’s tyrannical rule.

Now Jonah and Breelyn must work together to discover her importance to this alien king pin before his men manage to recapture Breelyn and make her the focus of the quantum experiments.